Buy your 2020 Season Pass Now!
Only $80.00!
Celebrate 40 years at CSP with us as we prepare a fantastic season of shows including rousing musicals, thrilling dramas, and unforgettable performances. 2020 Season Passes are just $80 and include the following shows:

Murdered to Death
The farce by Peter Gordon, in which Agatha Christie-style characters and mysteries are spoofed.
Performance Dates: February 7th - March 8th
Disaster!
Disaster! the musical, by Jack Plotnick and Seth Rudetskey is filled with 1970s favorite songs such as "I Will Survive" set to the disasters made famous from the films of the same era in an unforgettably comedic fashion.
Performance Dates: April 10th - May 10th
The Sound of Music
The Sound of Music by Rodgers and Hammerstein, the classic musical of family and love during World War II.
Performance Dates: June 12th - July 12th
Camelot
Camelot by Lerner and Lowe, is the re-imagined hit made popular by the Pasadena Playhouse focusing on a more intimate cast of the Arthurian tale.
Performance Dates: August 7th - September 6th
Wait Until Dark
Wait Until Dark by Frederick Knott, adapted by Jeffrey Hatcher - the suspenseful drama newly adapted in 2013 about a blind woman trying to fight off her intruders.
Performance Dates: October 16 - November 15th 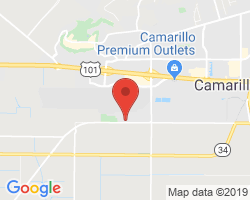 Privacy Policy
Oops! You do not have javascript enabled. This registration process depends on javascript to function correctly.

Please enable javascript in your browser and then reload this page.


If you prefer to pay by check or at the box office, choose "Pay Offline" and either "Pay in Person" or "Pay by Check" and mail your check to the address listed.

Do you wish to update your member profile?