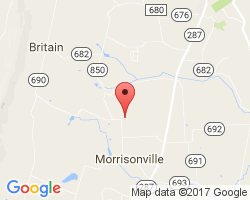 Privacy Policy
Oops! You do not have javascript enabled. This registration process depends on javascript to function correctly.

Please enable javascript in your browser and then reload this page.

use this registrant for billing information
Yes
No

These terms and conditions apply between "Ride-On Ranch" and those persons registering for and participating in Ride-On Ranch's events ("Customer").

1. REGISTRATION; ACCEPTANCE OF CUSTOMER:
a. Registration is on a first-come, first served basis. Early registration helps to ensure availability. Walk-in registrations will be accepted on a space-available basis. Ride-On Ranch reserves the right to substitute speakers, presenters, facilities, venue and/or any program to be offered at the Event at any time. By registering for this Event, Customer represents, warrants and ensures that he/she is physically and mentally able to participate in the program for which he/she is registering and/or any others in which Customer may participate. you have any questions concerning the Event, please contact Ride-On Ranch directly.

b. By registering for this Event, Customer agrees to fully and completely comply with all terms and conditions hereof and the Ride-On Ranch's rules and regulations. Ride-On Ranch reserves the right to refuse attendance to any individual at any of its Events.

5. RELEASE; INDEMNIFICATION: Customer understands and agrees that his/her participation in and attendance at the Event is knowing and voluntary. Customer understands and agrees that strict observation of the Event rules and regulations is required and that use of the Event facilities and the Customer's presence at the Event are at the sole risk of the Customer. Customer indemnifies and holds harmless Business and MSI, and their officers, directors, employees and agents from and against any claims, demands, actions, liabilities, damages, costs or expenses, including court costs and reasonable attorneys' fees arising out of or relating to: (i) Customer's participation in the Event; (ii) claims against Ride-On Ranch and/or MSI by any third parties arising from or related to Ride-On Ranch's or MSI's actions and/or omissions, (iii) claims relating to any violation or alleged violation by Ride-On Ranch and/or MSI and/or any third party of the applicable laws relating to the conduct of the Event; and/or (iv) claims arising from or relating to Ride-On Ranch's and/or MSI's performance of its obligations hereunder. Customer specifically understands and agrees that he/she is assuming the risk of any and all injuries that he/she may suffer or incur as a result of his/her registration and/or participation in the Event. Customer's indemnification obligations shall survive the expiration or termination of this agreement.

8. COMPLIANCE WITH LAWS: This Agreement shall be governed by the laws of the Virginia. All rights and obligations of the Ride-On Ranch and Customer under this Agreement are subject to all applicable federal, state and local laws and regulations.


Conditions
In Consideration of my participation in Ride-On Ranch sponsored events and activities, I agree to the following:

1. Waiver and Release: I am fully aware of and appreciate the risks, including the risk of catastrophic injury, paralysis, and even death, as well as other damages and losses, associated
with participation in a horse-related event and related activities. I further agree on behalf of myself, my heirs and personal representatives, that Autumn O'Hara along with Ride-On Ranch or Belisle Corp. volunteers, employees, agents, sponsors, officers, and directors of these organizations, shall not be liable for any injury, loss of life or other loss or damage occurring as a result of my participation in the event.

2. Medical Attention: I hereby give my consent to Ride-On Ranch to provide, through a medical staff of its choice, customary medical attention, transportation and emergency medical services as warranted in the course of my participation in Ride-On Ranch sponsored or sanctioned events.

3. Readiness to Participate: I will only participate in those activities in which I believe I am physically and psychologically prepared to participate.

As legal guardian and participant, I hereby verify by my signature below that I have read and fully understand each of the conditions under Participant Waiver and Release section for permitting my
family to participate in any Ride-On Ranch sponsored events and activities and I accept each of the conditions, especially the waiver and release set forth in paragraph one.

Insurance Information
All participants are required to be covered with insurance for accidental injury. In most instances, family health insurance is adequate.

Medical Treatment Authorization
I/We being the legal guardians of the applicant authorize Ride-On Ranch and its agent’s permission to request medical treatment as necessary to insure the well being of our dependent.
Check this box to indicate that you have read and agree to all of the above terms & conditions
Ride-On Ranch Release and Hold Harmless

In consideration of receiving permission from the Ride-On Ranch Equine Assisted Therapies (referred to as "The Ranch”) to participate in or observe hippotherapy treatment sessions, adaptive riding sessions, research projects, horseback riding lessons or a similar session and in further consideration of receiving permission to enter upon the premises of property or other premises upon which The Ranch’s sessions may be conducted, the undersigned and his/her family and hereby forever release, acquit, discharge and holds harmless The Ranch, as well as its officers, governors, staff, agents instructors, volunteers, contributors and any property or horse owners affiliated with The Ranch of and from any and all liabilities, claims, any loss, damage, illness, injury, or death that may be sustained by any or each of the undersigned while in on or upon the premises while participating in or observing any session or while en route to or from these premises.

The undersigned acknowledges that there are certain risks inherent in participation in equine activities including (i) the propensity of an equine to behave in dangerous ways that may result in injury to the participant: (ii) the inability to predict an equine’s reaction to sound, movements, objects, persons, or animals:(iii) the possibility of equipment failure and (iv) hazards of surface or subsurface conditions. While The Ranch makes every effort to minimize these risks, the undersigned is duly aware of these risks and hazards inherent upon participation in or observing equine activities and/or upon entering upon said premises. The undersigned also agrees to represent the potential for these hazards to others that may accompany or substitute for him/her at activities sponsored by The Ranch. These persons also, by their voluntary presence, assume the same risks and agree by their presence to the same release of liability described herein.

The undersigned and all others that may accompany, represent, and/or substitute for those persons agrees to indemnify and will hold harmless The Ranch, its officers, trustees, agents, instructors, volunteers,contributors, and other property and horse owners from any and all costs, charges,claims, demands, and liabilities of any kind arising either from the improper or negligent use by those listed and all that may accompany, represent, and/or substitute for those listed below of any equine, bridle, saddle, grooming tool, and/or other animal or tool or from the willful or negligent acts of said persons.

For valuable consideration given and  which is  hereby acknowledged, the  undersigned hereby grants permission to  Ride-On Ranch to take or have taken, still and moving photographs and films including television pictures of my daughter/son/ward/self and consents and authorizes Ride-On Ranch, news media, and any other persons interested in the subject of equine activities for therapy and its work, to use and reproduce the photographs, films and pictures and to circulate and publicize the same by all means including and without limiting the generality of the foregoing newspapers, television media, brochures, pamphlets, books, social media including Facebook, instructional material and clinical material.

With respect to the foregoing matters, no inducements or promises have been made to me to secure my signature to this release other than the intention of Ride-On Ranch to use or cause to be used such photographs, films, or pictures for the primary purpose of promoting and aiding the field of equine assisted therapies and its work.

BelisleCorp. for consideration received and in return for permission for Participant to enter the property known as Belisle Corp. Participant and Participant’s heirs, assigns, and representatives hereby agree as follows:

1.   Participant understands and agrees that BelisleCorp. is an equine facility at which horses are present and atwhich equine activities are conducted. Participant understands and agrees that there are intrinsic dangersarising from equine activities,including but not limited to, (i) the propensity of equines to behave in ways thatmay result in injury,harm, or death to persons on or around them; (ii) the unpredictability of an equine’sreaction to such things as sounds, sudden movement, and  unfamiliar  objects, persons,  or other animals; (iii)certain hazards such as surface and subsurface conditions; (iv) collisions with other animals and objects; (v)the potential of a person (including Participant)acting in a negligent manner that may contribute to injury to theParticipant or others, such as failing to maintain control over an equine or not acting within the person’s ability;and (vi) weather conditions including, but not limited to rain, snow, ice,wind, or heat. Participants are aware of Virginia State Law - Va. Code Ann. § 3.2-6200 – 6302– comprising of equine activities.

2.   Participant agrees to assume any and all risks involved in or arising from participating including,but not limited to, risks of bodily injury, death, property damage, falls, kicks, bites, collisions with vehicles, movingorstationary objects, limited emergency medical availability, or the negligence or deliberate act of any other person.

3.   Participant agrees to hold harmless, indemnify and defend Belisle Corp. against, and hold harmless from, anyand all claims, demands,  causes  of  action, damages,  judgments,  orders, costs or expenses,including attorney’sfees, whether actually incurred or not, which may in any way arise from or be in any way connected toParticipant’s activities at or presence upon the Farm.

5.   If Participant is present as a spectator, Participant understands and agrees that the sole area Participant mayoccupy for such purposes is the parking area at the north end of the indoor arena or such other area designated forspectator use by Belisle Corp.

6.  Participant agrees to waive the protection of any and all applicable statutes in this jurisdiction the purpose, substance and/or effect of which is to provide that a general release of liability shall not extend to claims, material or otherwise, which the person does not know or suspect to exist at the time of executing said release.

Do you wish to update your member profile?